Bret’s has won Angie’s list Super Service Award for the past four years!

Each year Angie’s List awards this honor to companies that have given outstanding service according to the members for the previous year. The most recent award given is for 2013. In 2013, the criteria for the award included receiving a minimum number of reviews from our members, maintaining an A average on both the reviews for 2013 as well as on their overall reviews and not being in poor standing with the Better Business Bureau. Less than 5% of the companies on Angie’s List received the award in 2013. 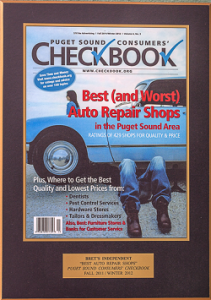